Time waits for no one

Time waits for no one. It can be kind or cruel, either way we have to move with it.

I started writing this over a year ago and it never felt honest or true. I did not understand why, but I couldn't push the publish button. It's been a little over two years since my stroke. Originally I thought I had escaped any long term effects. The last year has revealed that is not entirely true. The increased stress of a growing business started to show the cracks in my armor. The changes became more apparent not only to me, but the comments coming from people close to me were concerning.

I had started a series of tips on Youtube that were uploaded each Thursday. It turns out to be a pretty good timestamp, over the past year, of how I was doing outwardly. After a grueling schedule last May, the private comments started to concern both myself and Lesley. "You look tired", "Take a break" and questions of concern from friends and fellow paddlers were becoming frequent. Physically I was doing well. My on water performance was better than ever. Mentally and emotionally I was struggling and I had no explanation other than it being the extra stress from the shop. So, in July I pulled the plug on my appearances on the video series.

Last year I came across an article written about a pro whitewater paddler that had suffered a brain aneurism. She chronicled her recovery, both physically and mentally. The one aspect of that article that resonated strongly with me was about her journey to find a way back to normal. She had to face the reality that the old normal and new normal were not going to be the same. My journey revolved around the mental aspects of finding the new normal. In most respects, I am still searching.

A year ago, my new normal centered around getting back to my pre-stroke performance on the water. I realized that the "butterflies" or slight anxiety I would have when faced with dynamic or challenging conditions were gone. I was completely detached from any emotional reaction when analyzing conditions and stepping out into rough water. That was a welcome change and my paddling performance responded with a definite step up. In a business setting, I seemed more driven and focused on the success of Turning Point. I was aggressive in making decisions and it was paying off. I was relentless and the business responded by growing rapidly. Seemingly all of the changes were good.

In May a friend and mentor, Russel Farrow passed from a brain stem stroke. It affected me differently than I expected. I couldn't quite figure it out. Yes, there was the normal period of sadness for the loss of a friend. There was also some survivors guilt going on there too. Why was I so lucky where he was not? There was also a nagging undertone of anxiety welling up that took a while to process. This is the part I have not spoken of publicly and only a few people know of what I am about to tell you. When I was diagnosed with the cause of the stroke, they found something else. The stroke was attributed to scar tissue that was a result of a TBI. At some point I had a close call with disaster and truly do have "brain damage". It could have been one of the spills I took while racing motorcycles, or it could have been after the accident a few years ago. I had a severe concussion and therapy was required to recover from vertigo coupled with recall issues when speaking. I powered through the recovery with a positive mindset and pushed past all of the limitations that were present at that time. It was a angiograph that pin-pointed the cause of the stroke. It also revealed an aneurism on my right carotid artery at my brainstem. It has been monitored ever since it's discovery and dealing with the possibility of a rupture, although small, is no easy task.  That was at the core of what I was experiencing after Russels passing. A rupture would likely be the same result for me. That shook me to my core. How would it affect my wife, daughter, family and friends? I was not sleeping, my focus gone.

Lesley had noticed the long term changes first. Her observation that something was different came early and I just shrugged it off. Truthfully, the relentless drive, lack of sleep and hyper-focusing on work were a symptom. It took two years and a friends passing to come to the realization that something was not right. I'm a dude and we just bounce back right? Adversity makes us tough and stronger. This was different and I had to humble myself and admit there is a problem. When the outward becomes a reflection of the inward, there is no other alternative but to face the facts. For me, the fact is, my brain has been rewired and I have been driving myself into the ground as a result of high functioning anxiety that is common among stroke survivors. This was never discussed by my health care providers, it was up to me to initiate the conversation. That upsets me more than any other aspect of my experience. It is a common result for stroke survivors to exhibit some sort of PTSD type symptoms in their recovery.

My paddling is phenomenal. Even with an unsuccessful hip surgery last fall, I feel confident and at peace in the rough stuff when paddling. My lack of outward enthusiasm off-water is replaced with a fire that is only present now when I am on the water.  Don't get me wrong, I am still the eternal optimist. It is now more of an internal thing that I don't express as I once did. The dark side is, I am not handling the day to day struggles very well. The anxiety I have been experiencing had led me to make some very risky business decisions. The relentless drive and persistent fear of failure has taken its toll on me, my relationships and the business. I found myself self-medicating excessively to quiet the storm that has been brewing inside for the last two years. It was at the Schoodic Sea Kayak Retreat last fall that the warning signs started to show. The anxiety was so bad, that I would tough out the pain in my hip while in the kayak. once back at coaches quarters I would down a few pain pills that were followed with two or three whiskeys to find some internal peace. Once home from the event, I had surgery on the hip and stopped with the pain meds. The self medicating continued though and it was my only relief from the pressure I have been under since the stroke. There has to be a solution. There has to be a way to bring the peace I feel out on the ocean to my everyday experience. 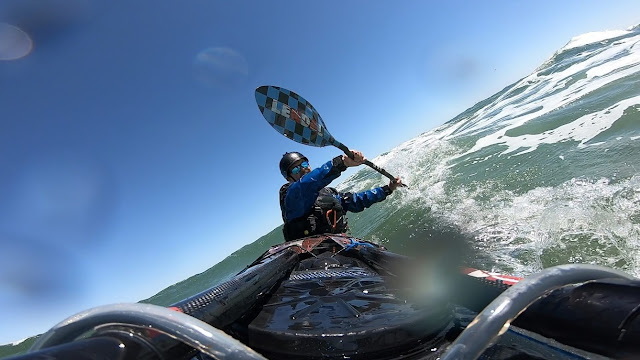 Surgery has been scheduled to deal with the aneurism. It carries a certain amount of risk, but at least I know what I am facing. There will be a six month refrain from any rough water kayaking to allow it to heal completely. The hip will have to wait until afterwards as I will be on aggressive blood thinners again. I am also making changes at Turning Point to help lighten the load. I am handing off day to day operations to a production manager so that I can get back to doing what I do best. I am taking time for myself and shutting off all things shop related. The shop phone stays at the shop so I don't get the bright idea to let it creep back in on my time away. Finally, I am finding some peace in the gym. Keeping myself as fit as possible, so that the upcoming surgeries have less of an effect and my recovery stronger.

What is the point of sharing this? Part is a self serving need to explain what people have observed in the past year. The other is to share the experience so that someone else that is struggling with something, does not feel alone. We are all dealing with something and the water is truly salvation for me and I'll bet quite a few others as well. Now that I know what I am dealing with, there is a path towards being whole again. I wear two prominent tattoos on my upper arms. One of a Phoenix rising from the ashes. The other is a traditional Japanese Koi swimming upstream. In Japanese folklore the Koi swims upstream to the waterfall where realizes its goal of becoming a dragon. The color Red symbolizes strength and passion. I was very mindful of every aspect of this tattoo and its meaning as I knew that one day it would serve as inspiration. Today is that day. 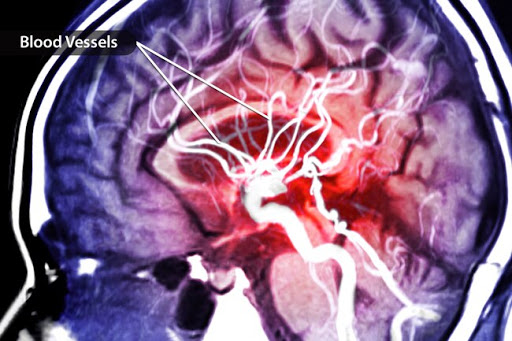 "Mr Shhh....um Schott, Can you come with me?" Did I pronounce that right? I replied, "Yes".  We walked to a pair of doors, he held up a key card and they opened. My mind immediately registered that we were walking into the Emergency Room. I had gone in for a CT Scan as a precaution after two days of an unrelenting migraine.  I asked, "Why are we walking toward the ER"?  He replied, "We saw something and need to see it with a better image". "Better Image, what did you see", I asked. Since we were deep in the new normal of Covid, all I could see were his eyes. This confused the logical part of me and it started to wander toward panic, because I could not read his expression.  "I can't say other than the Doctor wants to do a MRI to get a better look" "Look at what?" I thought and apparently uttered at the same moment. My mind was firing at a rapid uncontrollable rate and it was overriding any restraint that I was 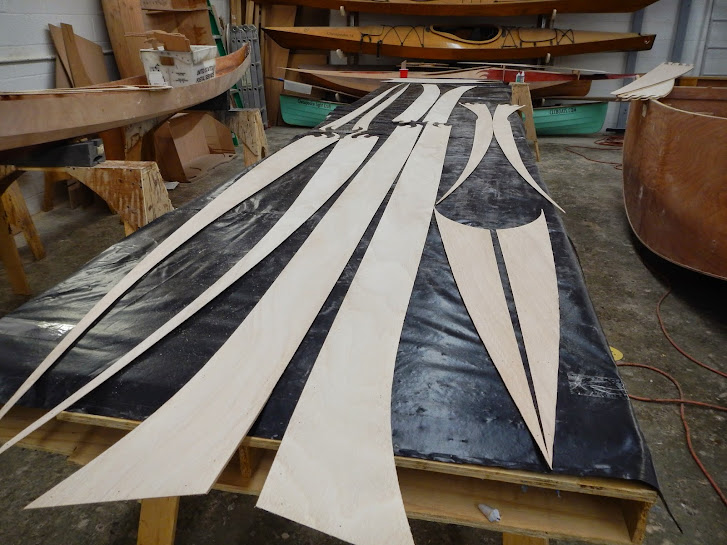 A Purpose Built Boat for the Rough Stuff

Saying the past year was busy would be a gross understatement. After all that was accomplished, I had one more project that I wanted to get out of my system. The concept was to build something visually different. Structurally bullet-proof and highly functional. My criteria was simple. It had to be super tough, at home in rough water and be a complete departure from everything else I had built before. The choice was a toss up between the Petrel SG or Petrel Play . The SG was a more traditional sea kayak that was designed to perform in rough water with a grace that has no equal. The Play is very different. Shorter and visually more "industrial" in it's appearance, is at home in quiet back waters. Where it excels, is in chaos. It turns quickly, with light input, and surfs like a dream. After careful consideration, It was the Play that won out. Since the decision was made, the build was mapped out to stuff all my requirements into a short time period. I had three and a h